Is great pitching more valuable in the post-season?

Q1: Is it fact or baseball myth that great pitching is more valuable in the post-season than in the regular season?

Q2: The great Braves teams of the 1990s seemed to have the deck stacked in their favor, yet did not win multiple World Championships. Were they a disappointment?

Those two questions are so closely related and involve so many of the same arguments and calculations that I'm going to treat number two as a subset of question number one, and answer them together. Before we even begin with any specific discussion of baseball, let's try to answer that first question with logic alone. Our first step is to convert the question to one that is treatable with objective analysis, and that requires us to define "valuable." For the sake of being able to evaluate it statistically, we will define that as "more likely to assure success."

Frankly, the unassailable rules of statistics lead us to conclude quite the opposite from the baseball myth, because the longer any activity continues, the more likely it is that its actual outcome will approach its theoretical outcome. In baseball terms: the longer the period of time, the more likely that the better team will win. This does not just apply to pitching, but to any form of talent. If you have the best team in the division, a 162-game schedule should end with you on the top.

But then there is the matter of the playoffs. The competition is tougher, of course, but even if it were not, there is always a significant chance that an inferior team will win a short series.

First of all, the .600 team is no longer playing with a 60% chance of winning each game, because their competition has improved. In a full-season league consisting only of playoff teams, it's unlikely that any given one could play better than .550 ball. So, if the best team is down to a 55% chance of winning each game, that only gives them a 59% chance to win three out of five, and a 61% chance of winning four out of seven. Therefore, the odds that they will win a five game series, followed by a seven, then another seven, are less than one in four (22%).

A great pitching team with .600 talent, like the recent Braves in their glory years, is almost certain to make the playoffs, with that aforementioned 89% chance of winning 90 games. But if they get there, given the assumption of a 55% likelihood of winning each playoff game, they have a mere 22% chance of winning the whole magilla. And that's assuming they are already in the playoffs. Starting before the first pitch is thrown in the spring, our theoretical team with .600 talent only has about 1 chance in 5 to be the World Series champ, given that they have a small chance of missing the playoffs entirely.

That's very different from the situation in the post-WW2 era, when the team with .600 talent (the Yankees, of course) were about even bets to take the World Series from the first day of spring training. If you make the assumptions above, they had an 89% probability of winning the league, followed by a 61% chance of winning the one and only seven-game series, and were therefore likely to win the World Series more years than not.

Those assumptions reconcile well with reality.

---- The Yankees of 1949-1964 won fourteen pennants in sixteen years. That's 88%, obviously almost identical to our theoretical number, and exactly what we expected. They won nine of their fourteen World Series match-ups. That again matched the theoretical number. Assuming fourteen events with a .61 likelihood of success in each, nine is the most likely outcome.

---- The Braves of 1993-1999 made the post-season every year. It was six for six, and would have been seven for seven, save for the fact that there was no post-season in 1994. Six out of seven would have been the most likely outcome based on our theoretical 89%, but seven for seven is well within the realm of statistical comfort. Their performance in the post-season was the same as that of the great Yankees dynasty discussed above. By coincidence, the match is exact. They were in fourteen post-season series and won nine of them. Unfortunately for their fans, they did that in an era when it was necessary to win three levels of post-season competition, as contrasted to the single level faced by the post-war Yankees, so they were able to win only one World Series.

So were the Braves a disappointment? Hell, no. Stop and consider the facts. They had exactly the same post-season performance (nine wins in fourteen series) as the great Yankee teams of the Berra-Ford-Mantle era, who are considered perhaps the best post-season performers in the history of baseball. There is one word always applied to that team:

How could being as good as those guys be considered a disappointment?

It is an unusual perception we have developed over the years. Here are two teams with identical records of nine wins in fourteen post-season series. One is a DYNASTY in capital letters. The other is a disappointment.

This demonstrates America's love for the ultimate winners, and disregard of the rest. We treat the teams who lose in the post-season as losers, even though they are perhaps just a hair worse (or maybe even better, thanks to the effect of chance) than the ones we worship. The problem in the modern world is that we now have too many losers, and too many people eager to criticize them on social media. In 1949-1964, there was one post-season team which came up empty handed each year. As of 2015, there are nine.

I know that baseball fans don't want to hear this, but when you build the best team in baseball you're only likely to win one World Series every five years these days. That is true simply because of the stratification in the present playoff structure, which didn't exist in the time of the Yankee dynasty. The Braves of the 1993-1999 era won the one World Series they were expected to win. That may have been disappointing to you if you were a Braves fan, but it was exactly as ordained by the universe. Assuming a 22% chance each post-season, as described above, and six post-seasons to work from, the odds were against them winning two or more, and one was the most likely outcome. (They had an 23% chance of winning none at all, a 38% chance of winning one, a 27% chance of winning two, and only a 12% chance of winning more than two.)

Of course it is possible to win more than one out of five, as the recent Giant teams demonstrated, but one out of five is the most likely outcome. If you do better than that, it's because luck was on your side and there were not enough outcomes for probability to stabilize at its theoretically correct level. Think of it in terms of an infinite deck of cards consisting only of aces, twos, threes, fours and fives. You would expect only one ace among the first five cards, but you would not be shocked at all to see three. Yet if you deal a thousand cards, you know for sure that there will not be 600 aces. The number will be very close to 200. Luck was on the side of the Giants recently, and they got the equivalent of those three aces out of five cards, meaning more championships than they likely deserved. In contrast, luck was merely neutral for the Braves in the 90s. They didn't get less than they deserved, but neither did they get more.

Like the recent Giants, the post-war Yankee teams also had a period when they got more than they deserved. Over the first five years of that era, they won the World Series every single time. Even if we grant them a 60% likelihood to win each Series, the odds were about 12-1 against winning five in a row, but that 60% assumption may be a major stretch because they were not playing weak opponents. They won the final one, for example, against the '53 Dodgers, one of the best offensive congregations in National League history.

There was plenty of luck involved in that five-peat, but then, as the full sixteen years of that era passed, they won the Series in only four of their remaining nine attempts, and the outcome settled back to the exact level where it should have been.

Lucky or not, the Yanks crushed the opposition in that stretch. In those five World Series, they won twenty games and lost only eight (.714) against the best the NL had to offer, with only one Series going the distance. The mighty 1953 Dodgers, who scored 955 runs in the regular season, compared to only 801 for the 1953 Yankees, could do no better than to take the series to a sixth game, which Billy Martin won with a walk-off single in the bottom of the ninth.


Circling back to the first part of the question - well, I already answered it, really. Great pitching, like any other form of great play, is more likely to assure success over a long period than over a short one. If you have the best team and stay healthy, there is very little chance, almost zero, that you'll miss the post-season, but there's still a fairly good chance you may lose in each successive playoff round, and there are three rounds to get through, so the best team, because of pitching or any other reason, is nowhere near as likely to win the World Series as to dominate the regular season.

However, if you want turn the question around just a bit to specifically address whether great pitching is more important than great hitting in the post season, various analysts (1, 2) have tackled this question and found no correlation between the quality of the ace or the quality of the pitching staff and winning in the post-season. Specifically, they found that when two teams win the same amount of games in the regular season, the one with the great rotation or the great ace has no advantage over the team with mediocre pitching and tremendous offense. 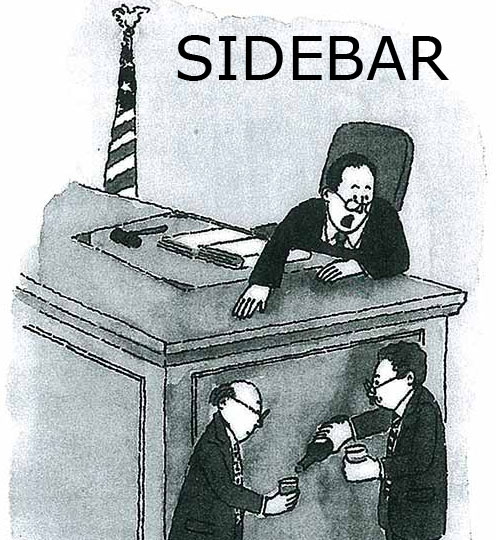 The studies also debunked other alleged predictors of post-season success:

"Do teams that back into the playoffs after a September swoon fall to the ones with momentum? No. Are teams that rely on home runs to score at a disadvantage in October? No. Does the quality of a team’s closer, its defense, or its staff’s strikeout rate offer any hints? Not likely."

So, what factors are actually relevant as predictors of post-season success?

"The best predictor of how often a team will win in October is, intuitively enough, how often it’s won on the way there."
Posted by Greg Wroblewski at 8:29 PM